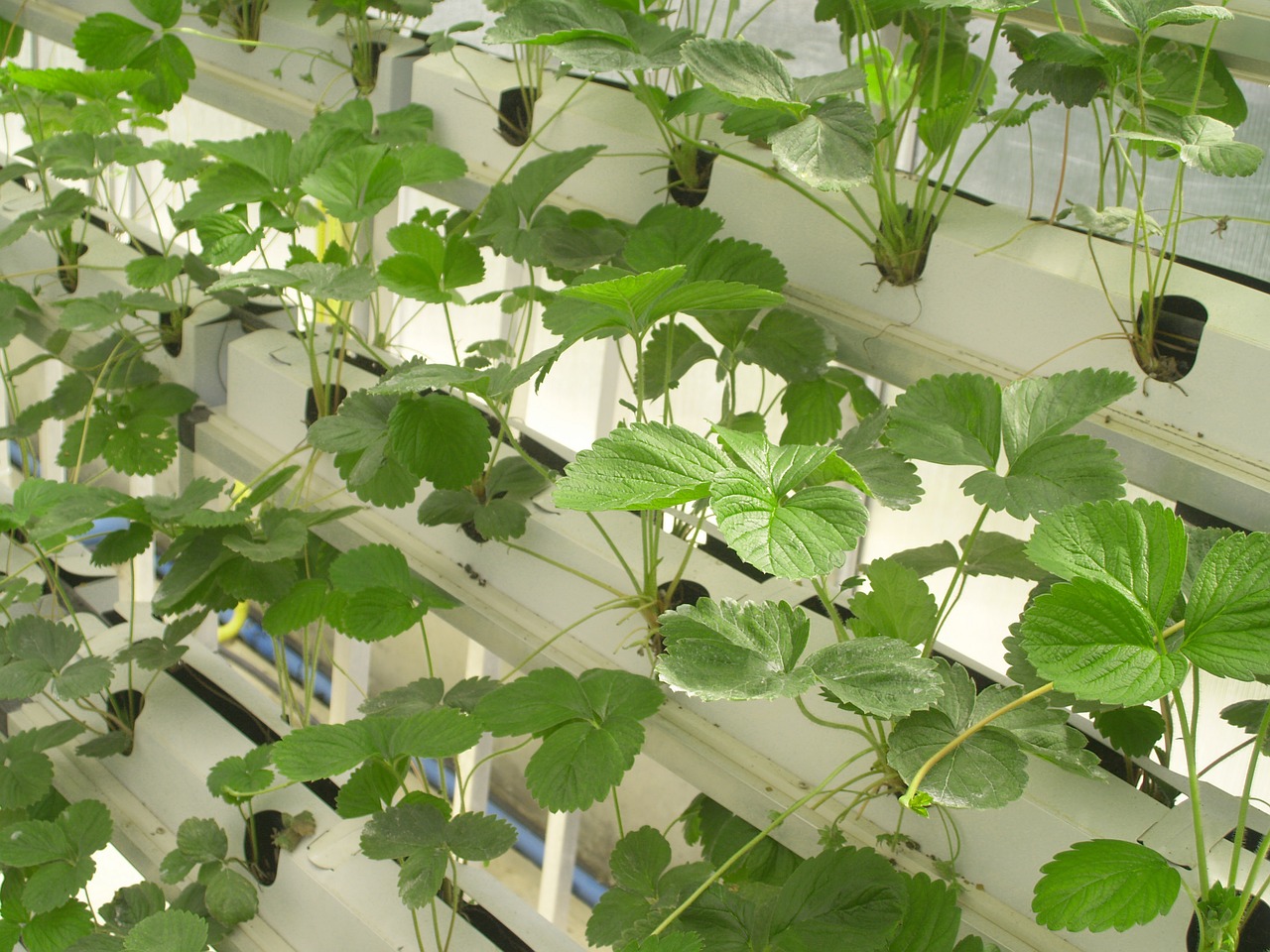 One of the farming techniques gaining traction across the country is the use of hydroponics. Through hydroponic techniques, farmers grow plants directly in water rather than using soil. While this strategy may seem like an option only for niche markets and small producers, it actually offers a number of significant benefits that have sped its adoption in the United States and beyond. Market research firm IBISWorld reports that the hydroponic farming industry has grown annually by more than 4 percent, and new companies continue their expansions. According to some industry professionals, hydroponic agriculture has only just begun, and it will become increasingly mainstream in the future.

Using hydroponics, farmers can protect their crops from extreme weather since they’re grown inside, in greenhouses with artificial light. Thus, the yields are more guaranteed than they are using conventional techniques. Furthermore, farmers can produce relatively large yields using areas that are much smaller than required for traditional farms. It’s also relatively easy to use hydroponics to produce organic crops by choosing the right kinds of fertilizing mixtures to add to the water.

What Exactly Is Hydroponic Farming?

The name hydroponic literally means “water grown” or “water cultivate” and refers to the use of closed systems that submerge plant roots directly in water that has been fortified with potassium, phosphorus, magnesium, and other nutrients needed for plants to grow. Without soil, it’s important to replace the vitamins and minerals that are normally found in earth, although an added benefit is that hydroponic farmers have complete control over what their plants are exposed to, since they choose what’s in the water. Farmers have developed systems that monitor the contents of the water so that they know immediately if contaminants are introduced.

The debate continues about whether hydroponically grown produce has similar, inferior, or superior nutrition when compared to produce that has been grown conventionally. However, scientists have largely accepted that the nutrient content is not less than that of conventional crops—studies have shown that the nutrient content is either the same or higher in plants grown hydroponically. One of the biggest variables in this debate is exposure to sunlight. Natural sunlight helps develop nutrient content, so using artificial greenhouse light could have an effect.

What Role Might Hydroponic Crops Assume in the Market?

Moving forward, it is possible that hydroponic crops will become much more available in the market. Americans largely want a wide variety of options at the grocery store, regardless of the season. Because of this fact, crops are shipped across the United States and even internationally—this is why people in New England, for example, can enjoy fresh tomatoes in the dead of winter. Unfortunately, when produce sits on a truck for days before making it to the store, its nutritional content starts to decrease.

Hydroponic techniques make it possible to grow virtually any kind of produce, anywhere, year-round. Thus, consumers may be able to purchase locally grown tomatoes in the heart of winter, and this produce will have more nutrition and may even taste better, since it fresher, than tomatoes shipped from Mexico or other winter producers. Furthermore, a hydroponic farm can exist even in heavily industrialized areas because no soil is required. For that reason, hydroponic farms have begun popping up on the roofs of buildings in some of the most crowded cities in the world, from New York to Guangzhou, China.

The other quality that makes hydroponic farming so attractive is the fact that it uses much less water than traditional growing techniques. About 70 percent of the world’s water supply each year is used for agriculture, which puts a massive strain on resources that are already in short supply, especially in certain parts of the world. One hydroponic farmer in New Jersey reports that he uses about 95 percent less water than would be required to produce the same crops using conventional techniques. Because the roots of the plant sit directly in water, they are able to draw what they need without farmers consistently adding more water. The closed environment also prevents heat and sunlight from evaporating moisture.

What Should Consumers Know about Hydroponic Produce?

Some people may already be purchasing hydroponically grown produce without even knowing it. Beyond the environmental benefits of not shipping produce long distances, locally grown hydroponic vegetables can be cheaper for some grocery stores than imported produce during the winter months. That said, consumers should keep an ear to the ground in terms of studies on the nutritional composition of hydroponic vegetables. It’s unlikely that they are worse for consumers, but people may wish to actively seek them out if they are consistently proven to offer more nutrients.

Beyond nutrition, hydroponically grown produce may have some other health benefits. For example, one research team found that these vegetables contained significantly fewer pesticides than conventional produce, since they are grown indoors, in a controlled environment, and the need for such chemicals is not as great. Furthermore, because hydroponic farmers have greater control over the nutrient content of the water-based solution their crops grow in, the produce the researchers examined contained less lead, arsenic, and nitrates. These substances can be present in soil and find their way into conventionally grown fruits and vegetables.